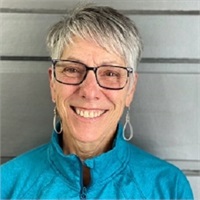 Beth began her career with DGK Insurance in 1982 and became Secretary of the Board in 1995. Beth specializes in both personal and    commercial insurance.

Prior to joining DGK, Beth worked for USF&G Insurance in Harrisburg, PA. Beth began her employment at DGK servicing personal insurance accounts, moved to servicing business accounts and was promoted to Service Manager. She entered the Sales arena in 2002.

Beth graduated from Lackawanna Trail High School and obtained her B.S. degree in Economics and Business Administration from Lebanon Valley College. She received the Insurance Institute of America General Insurance designation, followed by the Chartered Property Casualty Underwriter, the Associate in Management, the Associate in Risk Management and is currently working toward her Associate in Claims Designation.

In support of her community, Beth is President of  the Board of the Factoryville Public Library and is an active member of the Factoryville Women’s Civic League. Beth has served as chairman of the annual Christy Mathewson 6K Race and assists in Factoryville’s events           honoring Christy Mathewson.  Beth’s love of the arts continues with her membership in the choir of her church, designing and sewing costumes for the high school plays, and is always willing to represent DGK in their community efforts, such as volunteering at the annual Film Festival for the Dietrich Theater in Tunkhannock.

Beth was born, raised and currently resides in Factoryville with her husband. She has three daughters, one grandson, and two granddaughter.