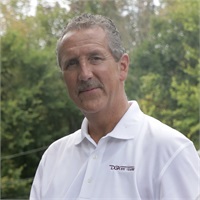 Jeff began his insurance career with DGK Insurance in 1982 and has served as a director on the Board since 1995. He is currently serving as Vice President. His primary areas of expertise include the risk management of large commercial business accounts, municipalities, water & sewer authorities, property owner associations and fire & emergency medical services.

Prior to joining DGK, Jeff spent six years with Nationwide Insurance Company as a commercial claims adjuster, transferred to commercial accounts underwriting, and was then promoted to commercial customer service manager.

Jeff graduated from Lackawanna Trail High School and obtained his Bachelor of Arts Degree in Mathematics from Lycoming College. He has earned his Insurance Institute of America’s Certificate in General Insurance.

As an active community volunteer, Jeff has served on the Finance Committee of Clarks Summit United Methodist Church, was president of Abington Area Girls Youth Softball League, and served as a board member of the Abington Youth Soccer Association and the Northeast PA Soccer Association for Youth. Jeff was also the Chairman of Tunkhannock Rotary Track Relays for twelve years. He has coached youth basketball, softball and soccer, and later served as referee for soccer at youth, high school, travel, and collegiate levels.  He also served as President of the Northeast PA Soccer Referee Association.

Jeff was born and raised in Northeast PA and currently resides in Clarks Summit with his wife, Holly. They have three children, Olivia, Diane, and John and one granddaughter Alexandra.